It is my job to review tech products and pretty much all consumer products, as I have done for 20 years, here on my radio program, heard around the world on iHeart Radio. Appreciate you tuning in. Michael Garfield is the name follow #hightechtexan in Instagram. Or go wherever fine podcast can be downloaded on iHeart, Spotify, Apple, Google. I know you're sick of me, but I'm sick of me too. But we're keep it going after two decades. 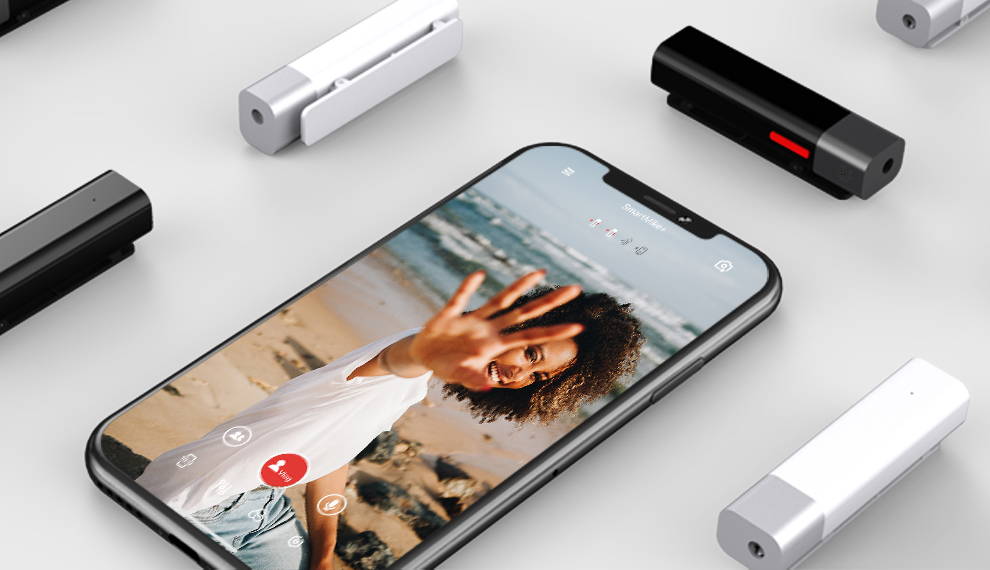 Certainly, technology has changed. The fact is I could do my radio show and podcast pretty much anywhere. But the tips that I give to people, you have to have the proper gear. And when I was a kid, it's story time with Uncle Garfield. Pull up a chair. Back when I was in college in late 80s at the University of Texas, I was a radio television film major and I took classes on the proper ways to use audio, use lighting, how to shoot video. And obviously the products and gadgets have changed greatly since I was in school. And it's neat to actually play with some of these as I do my video casting, blogging and podcasting etc. Last week I talked about some lighting techniques and tips, we're going to do a little audio right now, and I'm always trying to find new microphones, ways to pick up audio. I don't like being wired, the fact is, with so many of us, when we're making our own selfie blogs and videos, we put the camera on the tripod. We're 6, 7, 8, 10, 15 feet away. And we don't worry about the microphone. We yell. So the onboard microphone picks things up - that's old school and old time stuff. And so I'm always looking for products. And about a month, every month or so a company will send their microphones and I get to try them. Some of them sucks. Some of them are very very good. I look at price and I look at quality. But I saw one on the Internet about a year ago, and I reached out to them via their website. Never heard back, gave up on them. Luckily, I believe they've engaged a really, really smart PR person whom I knew. She reached out to me not long ago. She was able to secure a pair of their microphones and I am extremely impressed. So much so. It's like, man, I wish they would have read my email about a year ago, maybe because I could have sold a lot of them for them. Maybe we'll try it right now. 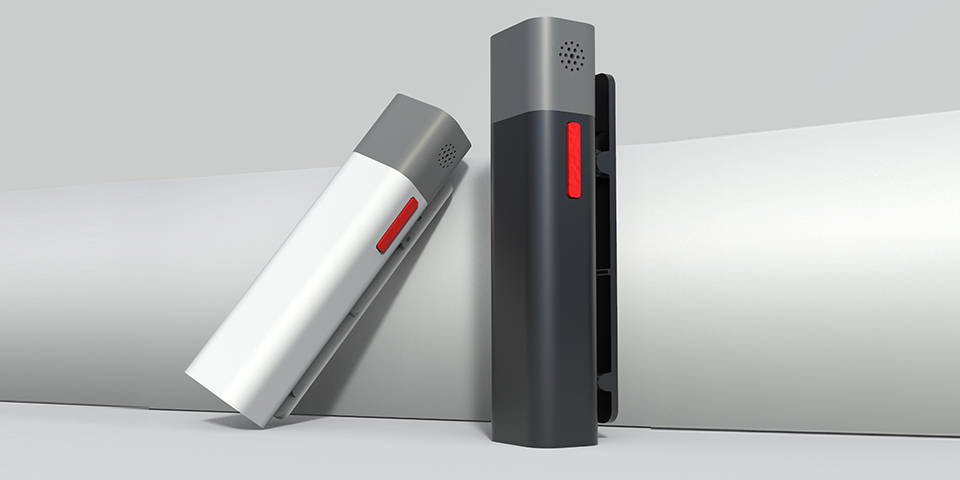 It is called SmartMike+, it's from a company called S-a-b-i-n-e-t-e-k, SabineTek.com. Follow along if you're not driving and you're on your desktop or even on your phone. They're wireless microphones. Actually you can buy a single one. So let's just use the singular version. It's a wireless microphone or you can buy two. You clip it on your lapel, you clip it in your mouth wherever. And the difference is this versus a typical wireless lavalier mic on a lob mic, as we say in the TV industry, it's a battery pack that generally you clip on your belt and then there's a wire with a little tiny mic that you put near your mouth or you clip it on your jacket. And then it transmits to the receiver. Maybe it's a phone, maybe it's a camera. They work certainly well, depending on the frequencies and what have you. But this is different. This SmartMike+ does not have that typical battery pack. It is a USB charged, little device that all you do is clip it on somewhere near the audio source, your mouth, in this case, and it transmits wirelessly via Bluetooth, directly to your smartphone. You download the app, you download the SmartMike+ app. And it is very very convenient. When you look at it online, if you go to it, the device looks deceptively larger than it actually is. I get the package about two weeks ago and I open it up and I know what it is and I was in shock. It's like this is so tiny, it maybe is two inches long, weighs just about 15 grams. I mean, it is so light. It pairs very easily, you push the button down for a few seconds and it pairs up, and then you clip it wherever you want to go. Now I got two of them in this case and so I do a lot of, one on one, a two-camera shot. I am interviewing somebody for either my podcast, my shows or whatever. And I've used this, I think, two or three times in a professional setting like I generally do. And the first comment I get from my subject is, what is this? Oh, my goodness, this is so cool. I've never seen this. They have since gone out and bought some of these. So as I said, I don't know if the SmartMike+ folks are listening. It's endorsement time. You clip it on, the battery life. And I haven't even maxed out the battery power. 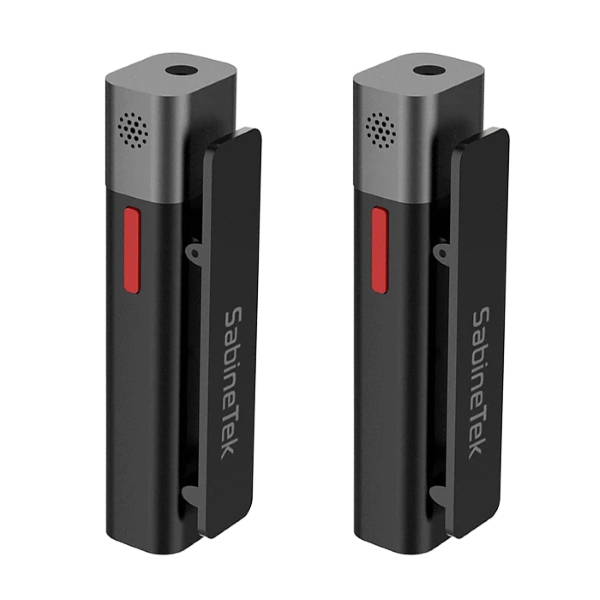 They say it lasts up to six hours in this little thing. Now, my radio show and podcast is two hours. I could probably talk six hours, but I definitely don't want to try it. So the battery life is there. It does live music mixing. So you can play a little background action while you're talking, some noise reduction, it comes with a wind screen. So if you're outside, it could get tone down the wind, which is very very nice. You can moderate real time. So one of them, it actually comes with wired headset. You put in one of your ears so you can hear what's going on, which is always nice. And there's a few different modes. And this is where it differentiates the SmartMike+ between a regular wireless or even a wired microphone. Number one, there's a TR mode which is transmit/receive. And so if you plug, I have two of them. You take one of the microphones, little tiny ones, and it comes with some neat attachment and plugs. You physically plug that into your smartphone or your DSLR or whatever. Then you use the other one to be your wireless microphone. At this time, you're transmitting directly to that receiver and it allows you to pick up some really strong audio in a moment or two. But the other one is what they call TWS mode -True Wireless Stereo. And that's why you have two of these babies, you've got a left channel, you got a right channel. And this is how I've been using it when I'm talking in different subjects, we go back and forth. I love it for a few reasons. The convenience. This thing is so small. I travel with this. I could put these little babies in my pocket. My only worry is I would lose them. That's how small and light they are. They charge just through a typical small USB and you are ready to go. You don't need to have any of these extra batteries. You know, normally when I have my battery pack or, you know, the other wireless type of microphones, I got to bring a few extra AAA batteries or whatever. So that makes it easy. So if you're looking for some of the vlogging where you're doing selfies but you want to hear yourself. the worst thing is you create your own video and you can't hear, it's very soft. Or you're yelling too loud because you're so far away. It’s one of the better ones that I have tried. Price wise $139 for one of them. And then if you want to get two, they have a package for $269. And there's a number of different other accoutrements you can get. There's a little directional microphone that pops in there. It's smart. It's convenient. So I know all of you, are you little young influencers, are you older, smart influencers like myself, get your content together. You want really good content. So you want good body, you want good audio, you want good editing too. But you got to start with this fundamentals. So go ahead, check it out. SabineTek.com. I wish I have a promo code. I shouldn't been talking about this on my big national radio show every single week. But this is what they got. I give them definitely a few rounds of applause over here. So it sounds very nice. Check it out SmartMike+. So you know what? Maybe they'll name it, rename it Smart Michael plus after me, Smart Michael plus or you know what, we do an endorsement deal like some of my other national companies. Maybe I'll rename myself SmartMike+, I know I'm Michael Garfield. Maybe I go Smart Mike Garfield. But hey, deals are always done. But as long as you sound good, it's absolutely get your followers, your people who really care about your content are going to like it. SmartMike+, SabineTek.com. 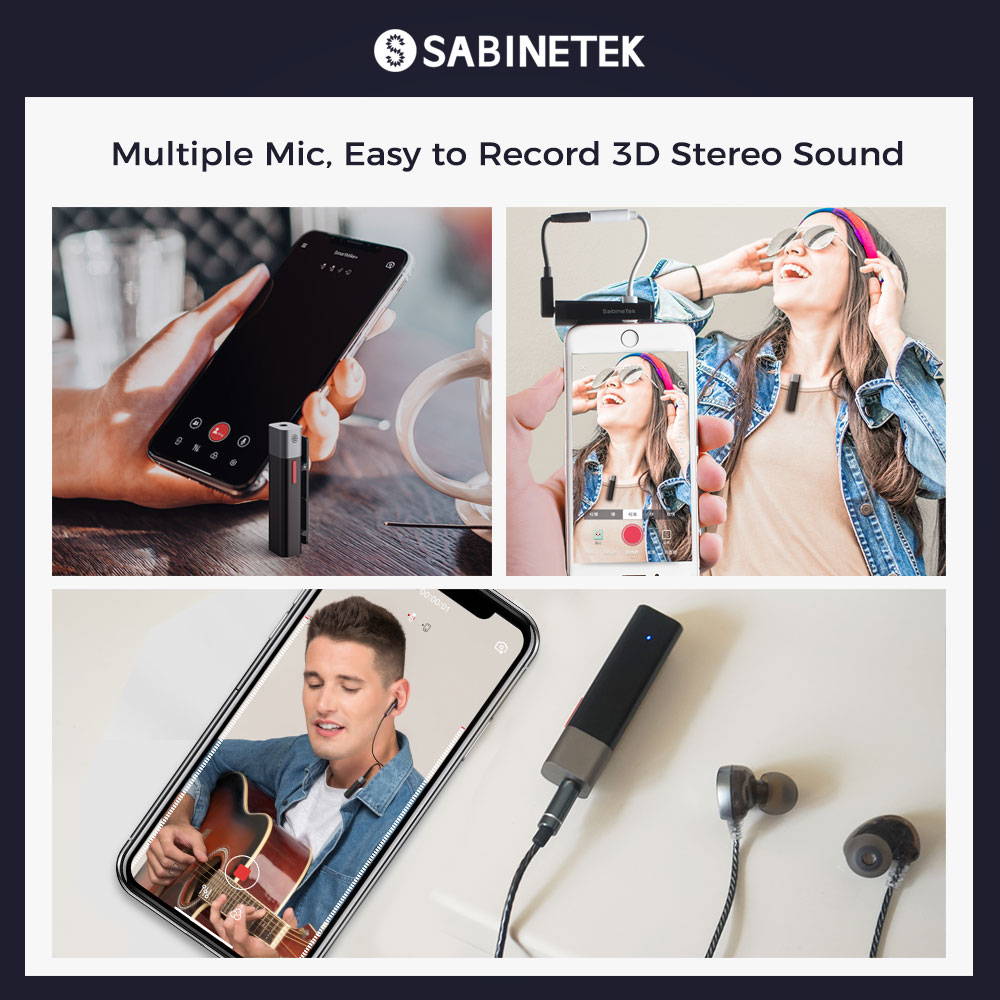 We are going to continue the high tech techs and show if you're listening live here. Thank you for tuning in here on this beautiful early afternoon. And if not, if you're on podcast, well, then no matter where you are or what time you're listening to. We do. Thank you so much. Smart Michael Garfield, coming back right now after this break.